There are many inspiring success stories that people like to know about, to read about that inspire them to unleash their potential to the maximum and touch new heights of success. 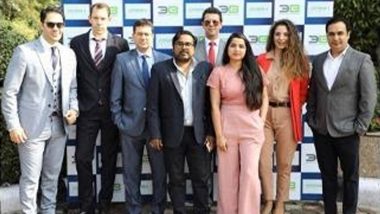 There are many inspiring success stories that people like to know about, to read about that inspire them to unleash their potential to the maximum and touch new heights of success. The motivational journey of Mr. Opesh Singh, founder of Opesh Group of Companies is one such story that needs to be acknowledged and told about. Starting his business career at the young age of 21, Opesh has indeed built an empire around his venture, Opesh Group of Companies.

Hard work, perseverance, entrepreneurial skills, and business acumen are a few things that make you a successful businessman and Opesh Singh, having all these virtues, proved his mettle and established himself as a successful businessman. Singh’s journey started in the year 2005 when he incepted his very own venture, Opesh Group in the drilling and mining sector. After having successfully established the venture in India, Opesh decided to take it on to a global level, and catering to the same, he made entry into the African market. Despite facing a lot of hurdles in the foreign market, the young entrepreneur never gave up on his dream to make it large.

These hurdles and hardships made his resolution even stronger and he decided to provide consulting services to startups, budding entrepreneurs, and small and big companies who dream of setting their business on foreign soil.  With his unique services and sharp business acumen, Mr. Opesh Singh has made his venture, Opesh Group of Companies, a multidimensional firm in a short span of 15 years. The venture that is based out of the Capital City of Rajasthan now operates in a plethora of countries and this is a testimony to Opesh Singh’s hard work and deep understanding of the market trends. The venture is also credited for helping a lot of startups and businesses in going ‘Local to Global.’

The growth and expansion of any business on any foreign soil require one to tie up and collaborate with the firms that have a credible and solid reputation among people living there and understanding this, Opesh Group joined hands with Premium Consulting of Greece. The venture, as of now, has 10 offices spread across International Markets. Further Mr. Opesh Singh and his firm is planning is on an expansion spree and are planning to expand their base in more than 100 countries in the upcoming years.

Talking about the vision of the Opesh Group of Companies, Opesh Singh says, “We aim to help and guide startups and businesspersons in their expansion plan to a wider global market. Having faced difficulties, I realized that there was a lack of space in the consulting and strategy aspect and this was perhaps one of the major reasons why the Indian Business Diaspora could not make their presence felt in the International market. To alter this, I started Opesh Group of Companies and I feel happy to say that at present, we are the only company that provides this type of consulting service. Further, we aim to expand our services in other sectors as well.”

Mr. Opesh Singh has indeed established himself as a successful entrepreneur but very few people are aware of the fact that apart from being India’s top businessman, he is also an Investor and Global Mentor/ Coach with experience of more than 15 years. The man is also an exemplary author and has penned down 8 Bestsellers and 10 Business Programs. The success story of Opesh Singh is indeed an inspiration and motivation for all the budding entrepreneurs and the younger generation.

Mr. Opesh Singh made the inception of Opesh Group possible in 2005. At a very young age of 21 years, he started his venture in the Drilling and Mining sectors, in India.

Get our exclusive content and offers in your inbox

Start or Grow Your Business

Do you want to grow your sales?